We all have our passions and our favourite things in life.

I think I have always made it clear with all those who know me, that nature and medieval / gothic buildings are close to my heart; my inspiration. It kind of ties in with why I enjoy traveling so much, and why it is one of the few things in life which relaxes me and make feel at ease.

Fact: at least two thirds of my photos on social media cover these topics,  so don’t act surprise on what you are about to read!

When I bought my 300 year old house,one of the things I fell in love with is the courtyard. Although not huge in size, it is very homey and it had one gorgeous tree which flowers so many times a year. It felt like it was my own private garden. I was so happy to have found such a serene and beautiful place.

In the past 3 years, I have kept the yard as green as I could, considering that I work full-time and my gardening knowledge is not the best around. I have maintained and kept alive all the plants which came with the house and added a few new ones too!

Too many times, I have had tea outside, admiring the calm and peace of my safe place. At times, even birds came by.  My little peace of heaven! 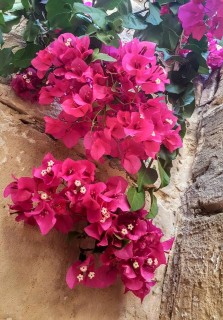 But this week, the unthinkable has happened. My beautiful bougainvillea tree was snapped from the bottom of its trunk due to the winter winds. And now, I feel like I have lost a part of me. I must say, it has been a shitty start to the new year. The courtyard feels so empty now, and what’s worse is that I have spent three days chopping down this gorgeous healthy, full grown tree. It’s painful that I have to do this; putting it into boxes for the bin-man to take away in the morning.

And for those who think I am being dramatic, imagine that your favourite thing in the world is broken and is irreplaceable. (you will not find the exact replica) How would you feel then?

What do you do when there’s an awkward silence?
When you run out of things to say…?
How do you come up with another fun topic… without being too obvious?

I don’t want to talk about the weather, or what I am currently up to.
I utterly hate small talk.

Seriously, if I am up to something, I wouldn’t really be online, chatting. (Unless you are special or close enough to me, that you’d trump TV Series, my walks, my outings etc.)

But, what I hate most is, when I am thinking, “oh finally a conversation with more than just a hello, how are you and what’s up” and then the person tells me they have to go because they are bored. Wow. Seriously?
Thank you for taking your time to write that message to me before you leave. You could have come up with a better excuse. 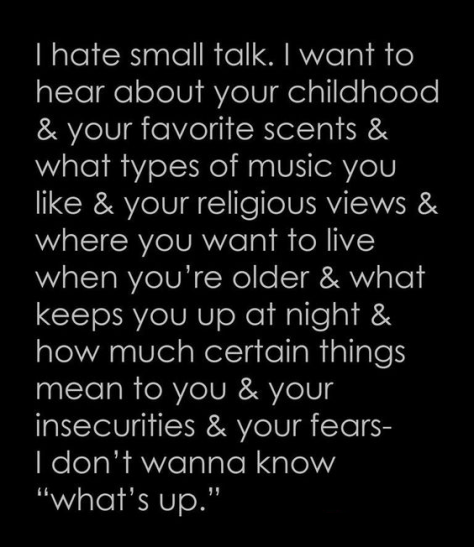 Thank you for making my life easier.
I know who I won’t be speaking to tomorrow.

When it comes to aliens, what could be scarier than aliens who look like humans? Aliens that are able to integrate well into the society – be it work, relationships, marriage, children… You wouldn’t be able to tell human from alien, and you can go on for years and decades not knowing that your partner is abnormal. Until suddenly, they receive a message, go mad and kill everyone in sight.

Sure a strange looking alien adds up to the scare/horror factor, but psychologically the thrill works out much better when you do not know if the person in-front of you is human or not. 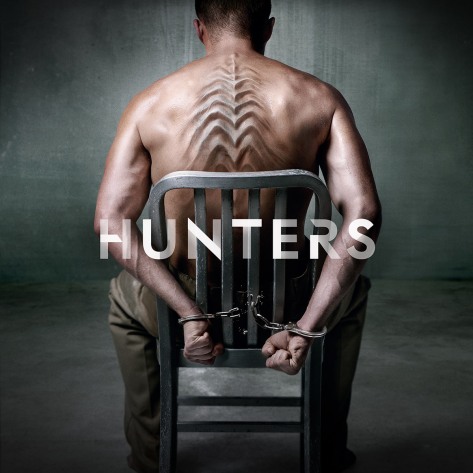 This is just a glimpse of the Sci-Fi TV Series I am watching, which goes by the name Hunters. The title is not a reference to the humans who are hunting the aliens; but rather Hunters are the new species in the world.

The TV Series is a good adrenaline rush, even if it was not made with the highest of budgets. The plot is great, especially when you get to episode 5 and I cannot wait to see what happens next. There are some twists which are a bit predictable, but most are not.

The TV Series is based on the book Alien Hunter written by Whitley Strieber.

The biggest shame is that this series was cancelled last month – I never understand why series are not given a chance to evolve before they are terminated. This definitely did have a future if promoted well and to the right audience.

First you open your heart to them, tell them your hopes and your dreams… your weaknesses! Let them in, show them your  wounds, your fears… and then.

Or are they just sons of bitches?

Why pretend you care, when you don’t?

Why do you hurt and disappoint someone who was just fine before you walked in and shattered their life into unwanted, useless pieces.

Why don’t you just fuck off and die?

Around 2 weeks ago it was announced that my favourite living stand-up comedian will be in Malta in April. In case you are wondering, yes it is Jimmy Carr. You can imagine my sheer excitement about this news… So much so, due to the fact that I would have never thought he’d step foot on this forsaken island.

Now I wish he didn’t.

BECAUSE.
Because, while the REST OF THE WORLD gets to enjoy a Jimmy Carr show with the below pricing, in Malta the prices start at 50 Euro per seat, which would give you the worse sitting places, and on top of that, the VIP seats (which are front cinema seats so to speak) are sold at 120 Euro each.

Trying to get tickets is a nightmare for various reasons. The company selling the tickets just put up the tickets on sale today, with no advise on time and date these will be made available beforehand (unlike in the UK, where announcements are placed with date and time and instructions on from where you can obtain such tickets). To add insult to injury, I found out the tickets were on sale around 30 minutes after it all started, which resulted in:

In conclusion, much to my disappointment, I decided to boycott this initiative as I am not willing to put my hard-earned money onto a seat which would cost me at least twice as much in any other venue overseas.

Next step is to plan my next UK visit wisely and make sure I will de-tour to one of Jimmy Carr’s shows before I visit my boyfriend in Wales. Unless he’d like to join me of course.

Side-note:
Due to my avid fascination and love for this comedian, I did end up going to his shows in 2011 (Stoke-on-Trent), 2012 (Stoke-on-Trent) and 2014 (Stockport) all in the UK. The last time I visited, Jimmy personally asked for a photo with me which I was planning to take to the show to get it signed in April. Guess my mission will be completed later on in the year, although postponed at this very moment. 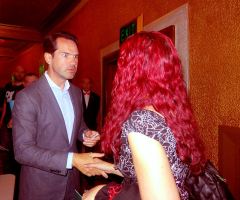