There’s nothing wrong with solo-traveling, some people argue it’s better than traveling in a group as you only have to depend on yourself and there’s no risk of anyone stopping you from doing what you want to do. The only real issue is that it’s not as safe to go traveling all by yourself. Does this mean you shouldn’t go? Absolutely not! If you are planning a solo-travel adventure, then read these safety tips before you go:

When traveling alone, you have a tendency to try and find the cheapest accommodation or the cheapest ways of traveling. It’s natural; the more money you save, the more traveling you can do. However, if you want to stay safe, then I suggest you invest some extra money to guarantee your safety. Yes, hostels may be cheap, but it’s just safer to spend more for a hotel with actual security. Again, accommodation in bad locations is very cheap, but they’re bad locations for a reason. Pay extra to stay somewhere that’s in a safer area, and it gives you peace of mind. The same goes for transport; taxis may be cheap, but are they that safe? I’d avoid getting into a taxi on my own in a foreign country, so spend extra on safer transport options like the train, or even hiring your own car.

Look, it won’t hurt to get a bit of self-defense training before you travel alone. Hopefully, you’ll never need to use it, but it’s better to have the skills than to not have them. It’s sad to say this, but a lot of people will directly target people traveling on their own. So, it pays to know what to do if someone does try and attack you or mug you. Remember, you’re acting in self-defense, and every criminal lawyer in the country will tell you that you’re not in the wrong for defending yourself when someone comes at you. Again, I hope it never has to come to this, but you will feel more confident and less on edge if you’ve been to a few classes before you go.

Don’t Accept Anything Free From Anyone

If you’re traveling on your own, then there’s a fair chance the locals will deduce that you’re not from around here. As such, they will try and take advantage of you in any way possible. One common thing is to offer you free drinks or any other type of freebies. Never accept anything free from anyone when you’re traveling. There’s no knowing what’s really in that free drink, and the chances are any other freebies aren’t actually ‘free’. They’ll probably end up demanding you pay for it somehow, which is how things turn ugly. So, to remain safe, just say no!

There are loads of people that go traveling on their own and remain perfectly safe for months on end. You shouldn’t be worried about doing this, just make sure you’re prepared! These three tips will help you stay safe and feel more in control when you’re flying solo.

What a year it has been – So many musicians and singers I hold close to my heart have passed away. It is, hard to believe – From this perspective, 2016 has been an awful year.

Finger crossed that I won’t have to update this list before year ends… 6 days to go. 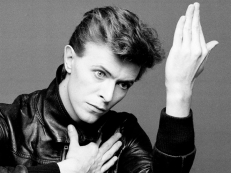 At the age of 69, David Bowie has left us after an 18 month battle with cancer. He has left this private from a lot of people, including a number of his close friends. Just before passing away, Bowie has just released his 25th studio album. Many fans have discovered a lot of hints about his illness and death in songs from his new album. It feels like he was ready to die, and let the world know what he was going through and struggling with in secret.

This particular announcement has shocked me to my core, considering that I have always had a wish to experience David Bowie in a concert. Although he was no longer younger, it never crossed my mind that my dream would never happen.

Prince Rogers Nelson has been taken to hospital after his plane had to make an emergency landing. According to the reporters, this was due to the singer suffering from flu. Prince died in his recording studio at 57 years old; known for classic songs such as Purple Rain, Kiss and Little Red Corvette.

Although in the last couple of years he has become more renowned due to his extreme plastic surgeries, Pete Burns, the singer of Dead or Alive has given us a music hit who everyone, young or old has heard and enjoyed; You Spin Me Round. Pete died at 57 after suffering a “massive cardiac arrest”.

I will always remember watching a snippet from his interview on Channel 5, and he says: “The number of surgeries I’ve had is probably 300. I hope when I’m 80 and I get to heaven God doesn’t recognise me.”
Although he was so vain, and I would never dare touch up my face like this, I always thought that he has a great sense of humour!

If you are into rock music, you would have heard of Status Quo – Rick is a guitar legend and has done the band proud. If you do not know who I am talking about, have a listen at “In the army now” or “Rockin’ All Over the World”. Although he has not been performing with the band due to his age, he will be missed sorely by the band members and fans. He was in a Spanish hospital after he fell ill from a serious infection.

The youngest of them all, at the age of 53, has died peacefully at his home on Christmas day. After massive success with his band WHAM!, he has managed to continue his solo career for a long time, and it is estimated that he sold more than 80 million records worldwide. 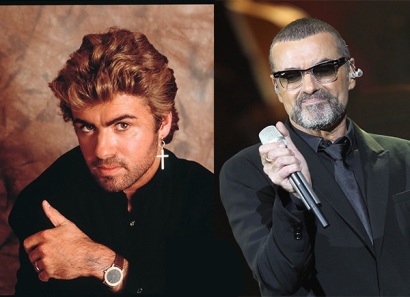 Bands start quite early which means that I had to unfortunately miss the first three bands, and this was not out of choice. For us people who work office hours, it is a bit tough to make it to the fest at 6:40PM. One has to go home, have a bath or quick shower, rest a bit from a busy working day and have some quick dinner. I had to add a 30mins drive to that, which make me arrive at St Thomas Bay at around 8:15PM.

This was my first time at this festival, and also the first time at St Thomas Bay and Zion itself. I expected the outside area to be bigger, and perhaps I can blame this on the map I found online. I thought that the distance between the two stages was more than you 20 seconds walk 😉 But I am not complaining! Especially considering that no bands were playing at the same time, so there was no sound interference, and one could watch all bands if they wanted to.

wristbands. I have bought a 4 day ticket, and I have a green paper-made wrist band. I already know it will be a challenge for it to survive 4 days on my arm! I think that at least for those who are attending the 4 days, we should have been given a plastic/rubber wristband which is more durable and can be removed while we are at work, having a shower or doing chores.