Each holiday has at least one big highlight, and while we were in Sicily, one of the highlights was visiting Etna. I admit, it was long overdue – in fact, visiting Sicily was long overdue! I bet not many Maltese people can say that they have not been to Sicily by the age of thirty. The thing is, that I am fascinated with the UK, and I mostly ignored all other countries for a big chunk of my life. It was in 2016 that I started exploring properly and I have not looked back ever since.

We left Etna for our very last day, it being so close to Catania airport. We arrived at around 9:30AM after a two hours drive from where we were staying. The Etna car park, by the cable cars was almost full. It happened to be May the 1st, which is a bank holiday in most countries, so there were a lot of tourists there.

We bought our tickets and made our way to the queue for the cable cars. Once we were at a reasonable height, we queued again for 4×4-style buses. Most of the tourists were laughing hard while we made our way on what we could only describe as a bumpy ride!  It took us to almost to the top of the volcano in no time. It was rather astonishing seeing people walking all the way up from ground level, seeing that Etna is 3,500 meters high up. I bet it takes most of the day going up and then down. We thought it was money well spent as this way we could enjoy walking around and inside the craters for a longer time. 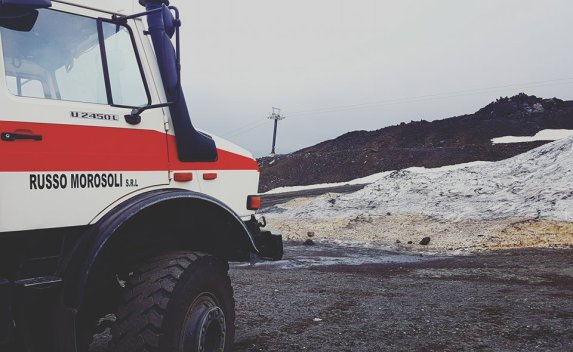 As you set foot out of the bus, you realise that the temperature changed drastically. From almost 20 degrees to around 2 degrees! Once you get accustomed to the change of weather, you start to embrace the surroundings. The view is breathtaking, the colour of the gravel varies from black to red to yellow. I have never seen so many colours on such a huge stretch of mountain-like land. It was simply amazing being there. No words were enough to describe what we saw, what we felt being so high up, on such a clear day. You could see steam coming out, touching the floor underneath your feet feels warm. You could tell you are walking on top of an active volcano. A bit scary and risky, but it’s an experience I will never forget. We spent roughly two hours walking and exploring, and around three hours in total including the transport. The souvenir shop comes highly recommended. While we were there we tried several liquors and the famous mandorla wine. We ended up buying some, as well as lava made statues and decor, adding onto the issue we already had since we traveled with just a hand-luggage for a five day long holiday! On the way down to the car-park, there is a restaurant which in our opinion had the best arancini in Sicily. Do give them a try if you feel peckish!

I must say,  I didn’t go mountain walking / climbing since my time in Conwy back in 2012, and I really did miss the challenge and the panoramic sights they tend to offer. Imagine, how excited I got when I was asked on going to a Moel Famau excursion!

A little bit of history about Moel Famau;
Some say, that Moel Famau is not a mountain but a hill, as it is not elevated enough – but being the highest of all Clywdian range (formerly known as Flintshire range)… I’d like to think that it gained mountain status at 555m up high! It is situated in a country park area near Loggerheads which is right between Mold and Ruthin in north Wales. The literal translation of the mountain name from Welsh to English is the Bare hill of mama. 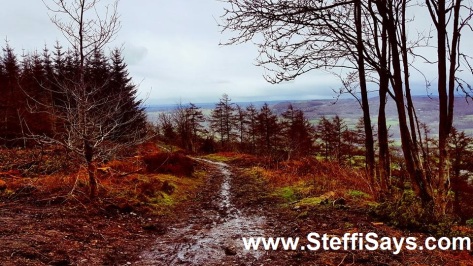 The experience itself was fabulous and lots of fun; must admit, there were moments that I did not think I will pull through, as I am not as fit as I was a couple of years ago; especially when it comes to walking uphill on wet terrain. It is a bit of a struggle! 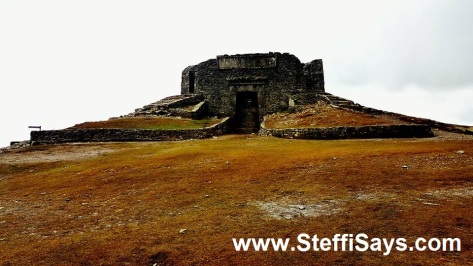 The views across the peak, the woodland  and the company of two Border Collies made everything all the more worthwhile. I admired the dogs running up hill and back to us, making sure we are always by their side.  At the very top of the mountain, there was a glimpse of snow on the ground, and the raindrops turned into snow flakes. It was magnificent, I was very happy! 🙂 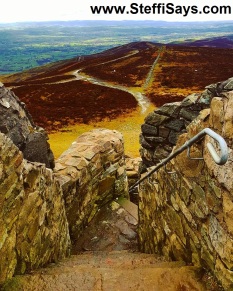 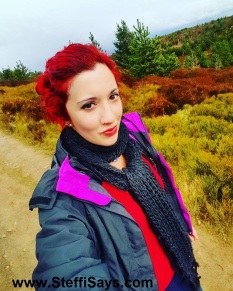 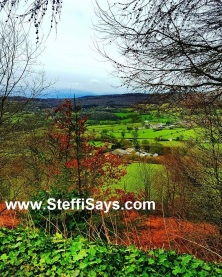