During my last visit to North Wales in November, my boyfriend who knows how much I adore castles took me to Flint Castle. I did see some photos of the castle before we made way to it, but as soon as I saw the castle up on a green grassed hill, I realised that the photos didn’t do it justice. Although not massive in size, the location and the atmosphere was amazing. The fact that we were the only two people on its grounds made it even more special.

A little bit of history

The castle has been erect for over 700 years now. In fact the building work began in the year 1277 and was finalised in 1284. It took 1,800 workers and masons to built the foundations and the castle itself. This castle was the first castles to be built after King Edward I invaded Wales. The design of the castle is a mix of Gothic architecture of the Medieval era together with the design of a Concentric castle – making it stronger, bigger and more luxurious than most castles built during the same time. Flint Castle’s unique fortress design was not repeated in any other castle, and as such the layout at Flint remains unique throughout the British Isles.

One important feature of flint Castle is its access to the sea. This not only speeded up construction due to the ability of transporting equipment and building materials by boats, but also helped in the success of the new fortified town which was built around the same time as the castle. This ensured that the town had fresh food supplies and provisions which prevented its occupants from starving to death during the siege warfare. 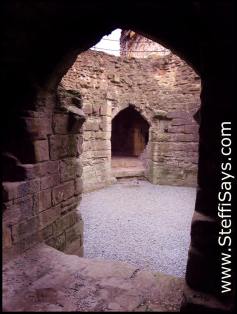 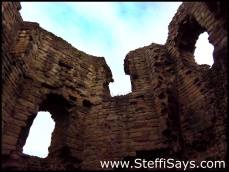 The castle is located on the North-East coast of Wales, which gives a magnificent view of the shore and Liverpool in the distance.

– In 1399 Richard II of England was held by Henry Bolingbroke at Flint Castle before returning to London
– During the English Civil Wars which started in 1642, the castle was held by the Royalists. After a 3 month siege it was then captured by the Parliamentarians in 1647. In order to prevent the castle to be used again in a conflict, the castle was set for destruction. It is because of this, that what remains today is ruins.
– Today, the castle is maintained by CADW which is the Welsh government body that conserved and promotes the building heritage of Wales. The castle can be accessed by the public for free.
– In summer 2009 the castle was temporarily closed due to anti-social behaviour as teenagers were drinking and vandalising the castle. It reopened after CADW liaised with police to improve security at the castle.